The Beginnings of St. Martin’s History

Archaeological excavations have uncovered evidence of an Indigenous presence dating back to 3,000 BC. The first groups of Meso-Indians arrived from Venezuela and the Yucatan Peninsula in dugout canoes, and settled between the dunes and the many ponds. Other tribes then left the Orinoco Delta in search of the Caribbean islands. Among other places, these families settled in Hope Estate, Friar’s Bay, Pointe du Canonnier, and Pinel Island. But these indigenous populations were decimated during the first hundred years of the Spanish conquest of the Americas. This sped up the pace of St. Martin’s history. The island became a land of constantly changing influences with a succession of arrivals of different populations. 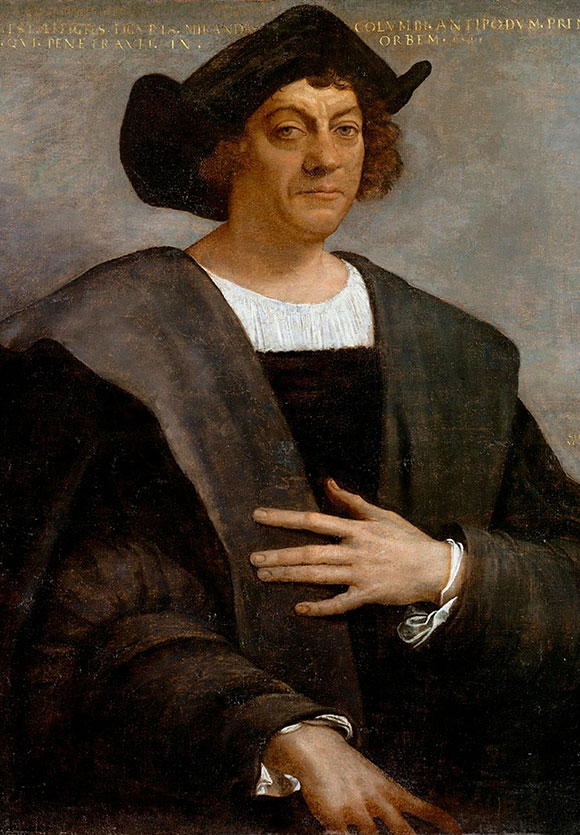 Discovery of the Island by Christopher Columbus

Christopher Columbus, the famous explorer, sailed past the island on November 11, 1493, St. Martin’s Day. He spotted the island and named it after the patron saint. Some 200 years later, as a curious nod to history, the island was divided into two, just as St. Martin’s coat had been, when the territory was shared between the French and the Dutch. It was split into two without any conflict or hard feelings, to the advantage of both nations. During the 16th century, the great era of privateers and pirates, various nations had their sights set on the island’s salt reserves. This is how it came to be nicknamed Soualiga, land of salt. It was the Dutch who first spotted the salt pond of Great Bay. Thus, the arrival of the first Dutch families marked the beginning of St. Martin’s incredible story. 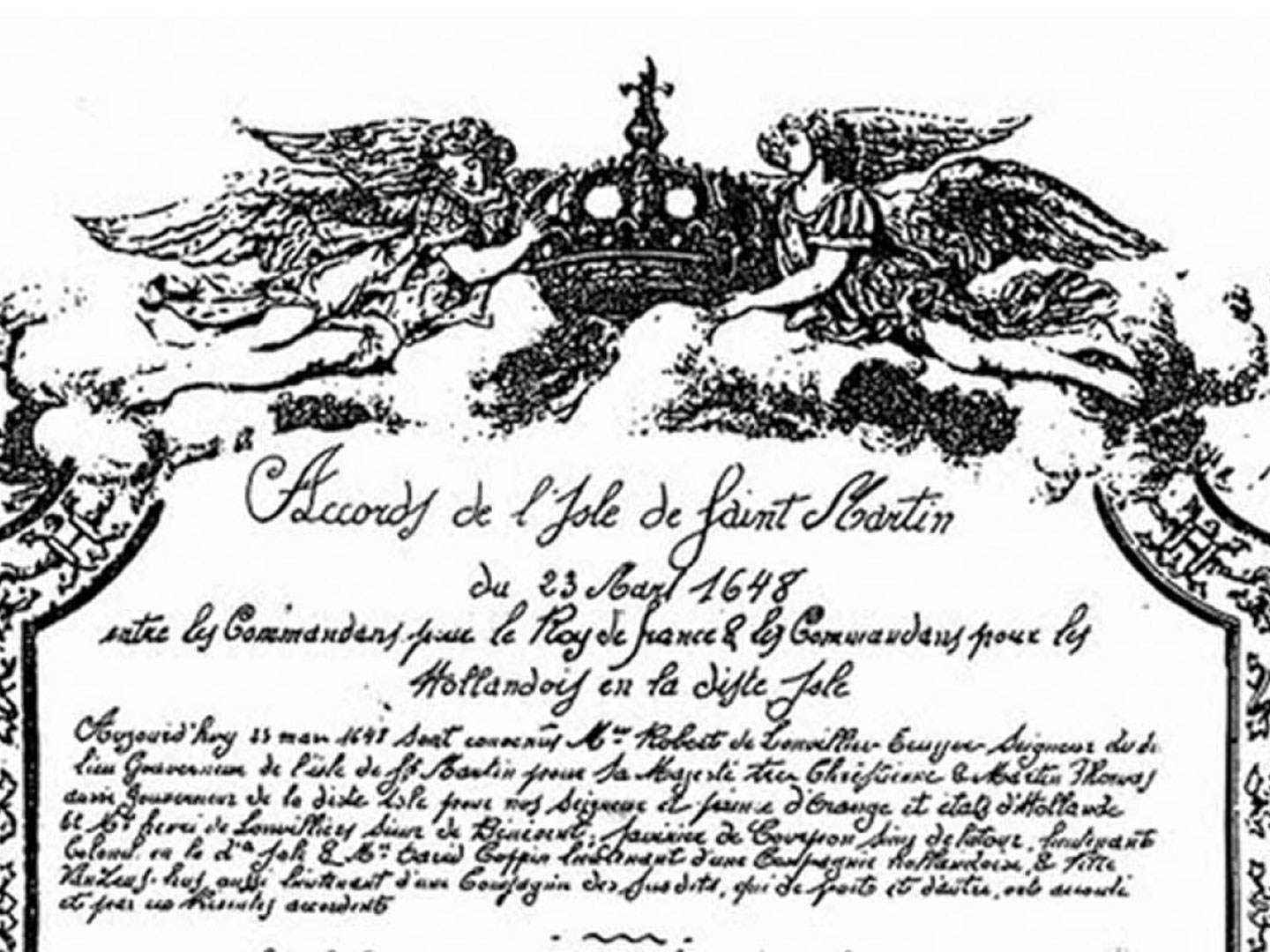 Signing of the Treaty of Concordia

Between 1627 and 1631, Holland decided to send settlers to St. Martin, to exploit the island’s natural salt reserves. The French and the Dutch signed the Treaty of Concordia, also known as the Partition Treaty, on March 23, 1648. So the island was split into two parts and shared by France and Holland. The French occupied the northern part (20 mi²), the Dutch the southern part (13 mi²). As history tells it, the dividing line was determined by two walkers, a Frenchman and a Dutchman. Standing back-to-back, they began walking in opposite directions along the coastline. So the history of St. Martin is based on a mutual respect between two nations. No physical border was to remain between the two nationalities.

Occupation and Abolition of Slavery

The island of St. Martin saw a succession of occupations and desertions throughout the 18th and 19th centuries. St. Martin’s history featured many attacks, seizures, and restitutions of land. On May 27, 1848, France abolished slavery and led St. Martin into humanist history. The Governor of Guadeloupe decided to enforce the abolition order across the entire archipelago. In 1863, fifteen years after the French, the Dutch side of the island finally abolished slavery.

It was World War II that pulled St. Martin out of its isolation. During and after the war, trade with the United States intensified. The country became the island’s only supplier. It was a prosperous period for many traders, who made their fortune selling various products in Guadeloupe and Martinique. In 1943, the US Navy built an airport on the current site of Princess Juliana International Airport. This became an important airbase for the United States. The opening-up of the island marked the beginnings of its future international trade. The Second World War therefore contributed to the American and English influences on the population of St. Martin. 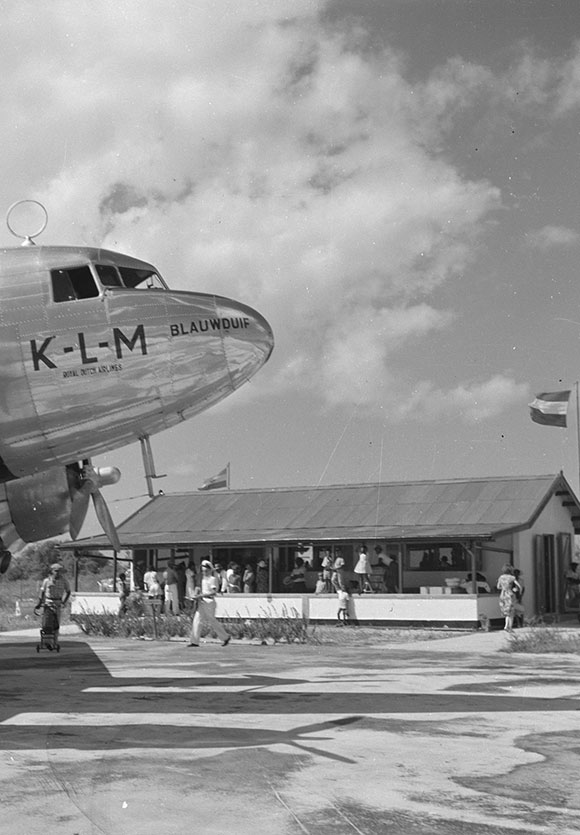 From 1965, St. Martin started taking advantage of American’s new enthusiasm for sunny vacation spots. With the 1960s came a new desire, a new lifestyle based on freedom of speech and the freedom to expose one’s body. Between 1950 and 1970, hotels began to pop up all over the Dutch part of the island. On the French side, the destination remained little known. In 1980, the dollar became extremely strong and American travelers took advantage of all the new direct flights being offered by airlines. These were two major assets. It became necessary to develop luxury tourism on the Friendly Island. France began to do its share and to really play a part in the modern history of St. Martin. At the same time, a succession of favorable tax laws led to a property boom on the French side.

On September 5, 1995, this economic growth was brutally stopped in its tracks by Hurricane Luis. This phenomenally powerful whim of nature devastated the entire island. On September 6, 2017, the island of St. Martin was ravaged by Irma, the most powerful hurricane ever recorded in the area. Most of the hotels, restaurants, and villas were destroyed. The year of 2017 will forever remain marked in St. Martin’s history. The entire population now speaks of a “before Irma” and an “after Irma.” Since that date, the locals have pulled out all the stops to rebuild sustainably and clean up the natural sites engulfed in construction materials and salt. Their efforts have been rewarded by all the island’s newfound splendor. The island can even be proud of the fact that it now boasts the most modern hotel facilities in the entire Caribbean.