Archaeological digs have proven that the island of Saint Martin was inhabited over 5,000 years ago. The island’s first inhabitants were Arawaks who arrived in dug-out canoes from the Orinoco Basin in Venezuela. They discovered the lakes and lagoons whose salt remained one of the island’s main resources until the early 20th century. The Arawaks were then invaded by the cannibalistic Caribs. An endless succession of invasions ensued, each new tribe wiping out the previous settlers.

Christopher Columbus spotted the island in 1493 on Saint Martin’s Day, November 11. He never set foot on the island, but gave it its name and listed it on behalf of the Spanish Crown. It was a perpetual land of conquest for pirates. In 1627, the salt lake was spotted by Dutch sailors, who decided to settle on the island with their families. 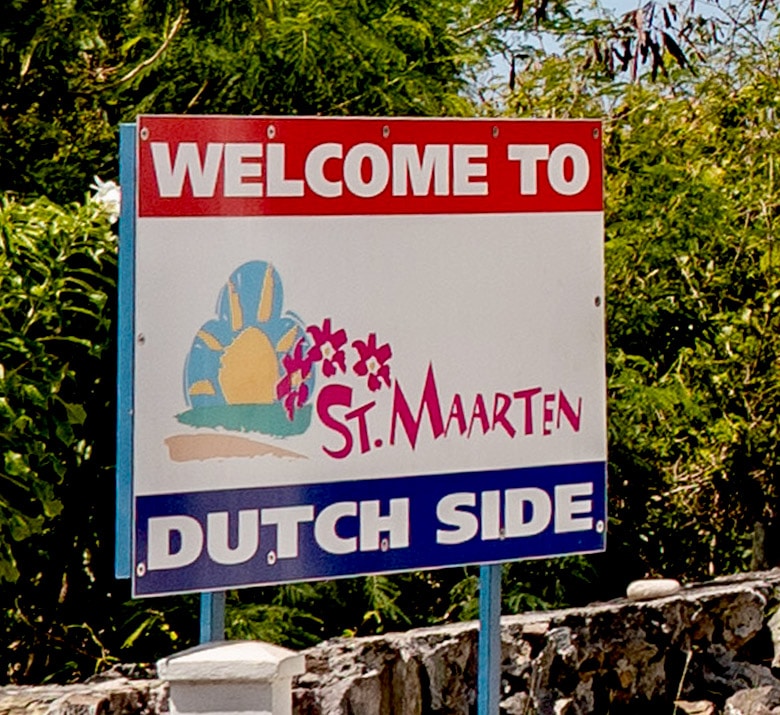 In 1638, the kingdom of Spain sent a fleet to drive out the colonists and left behind a military detachment to ward off invasions by other European nations. Decimated by viruses and starvation, the Spanish finally abandoned the island after ten years of occupation. French and Dutch families settled in the mountains where they grew cassava and tobacco. They asked their respective governments to take possession of the island.

First to arrive, from the island of Saint Eustatius, the Dutch attempted to prevent the French ships from landing. So Philippe de Longvilliers de Poincy, a knight and the governor of Saint Christopher Island (also known as Saint Kitts), organized the arrival in force of three hundred troops. On March 23, 1648, the two nations split the island in half by signing a cooperation treaty on Concordia Hill. The location of the border on Saint Martin was determined by a race between two runners from each nation who started at opposite ends of the island. The boundary was placed at the point where they met. Officially, the French runner ran faster than the Dutch one, as the “Saint Martin” part of the island is larger than the “Sint Maarten” part. Unless of course he cheated… The legend is never-ending. 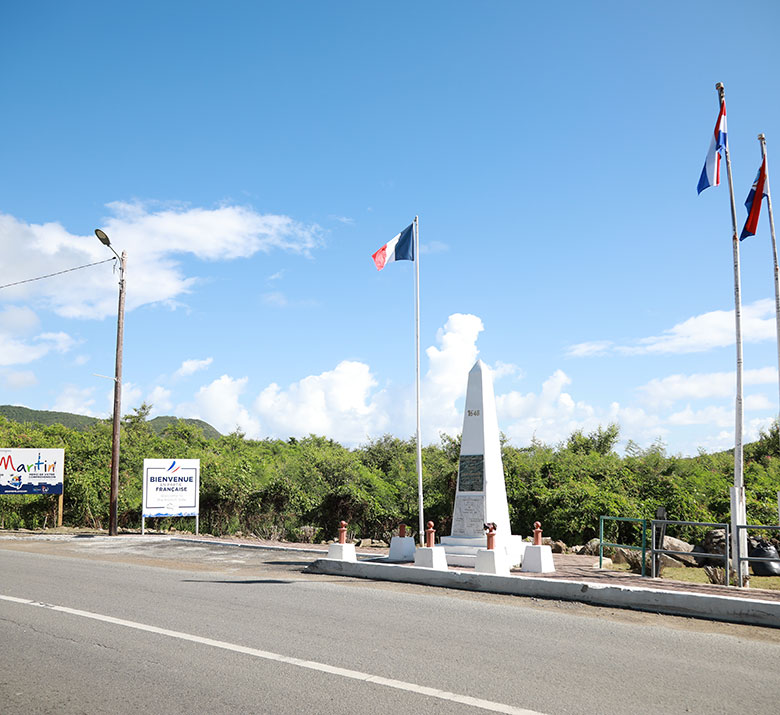 The Obelisk on the Border of Saint Martin

The treaty of 1648 still applies today; it allows goods and people to move freely between both parts of the island. The crossing of this highly symbolic boundary is indicated only by the two nations’ flags and an obelisk that was erected in 1948 to mark the commemoration of 300 years of peaceful coexistence. By road, the only clues to the border crossing are the welcome signs.

Crossing from the French to the Dutch side, or vice versa, could not be simpler. There are no border posts where they check your identity. Ground markers are present only at certain crossing points. National affiliations are indicated on a boundary marker and by flags. Most of the border crossings by road are not even identified. This means you can cross the border several times in a day without even knowing.

On both parts of the island, all the shops accept both euros and dollars. Everyone is used to the currency conversion here, it’s almost a national sport.

Although there are two territories which are governed differently by two separate nations, this is neither drastic nor obvious. The intelligent coexistence between Saint Martin and Sint Maarten makes this heavenly place truly a friendly island.