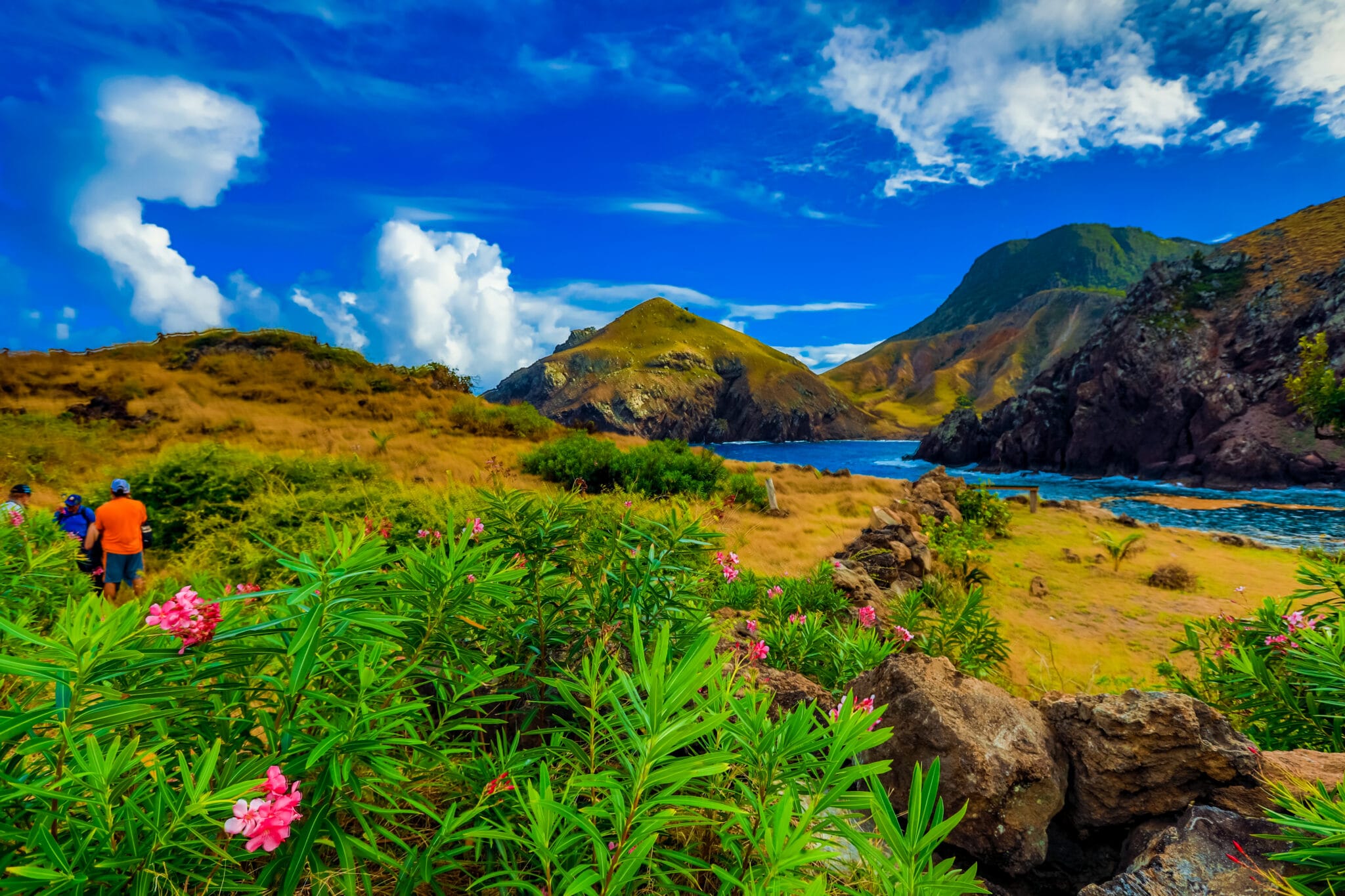 Come to Saba From St. Martin!

Saba is a 7 mi², volcanic island, around 30 miles south of St. Martin. It belongs to the Kingdom of the Netherlands, and is also known as “The Unspoiled Queen.” The peak of the island is Mount Scenery at an altitude of 2,910 feet. The capital is The Bottom and there are 1,800 inhabitants on the island. Along with St. Martin, this island is one of the treasures of the Lesser Antilles. The island has extremely fertile soil and lush vegetation. The architecture is unique. The typical houses here are small wooden cottages with white painted walls, a red roof, green shutters, and an underground water tank next to the house, because water is a scarce resource here. There’s only one road on the island that runs from one side to the other. 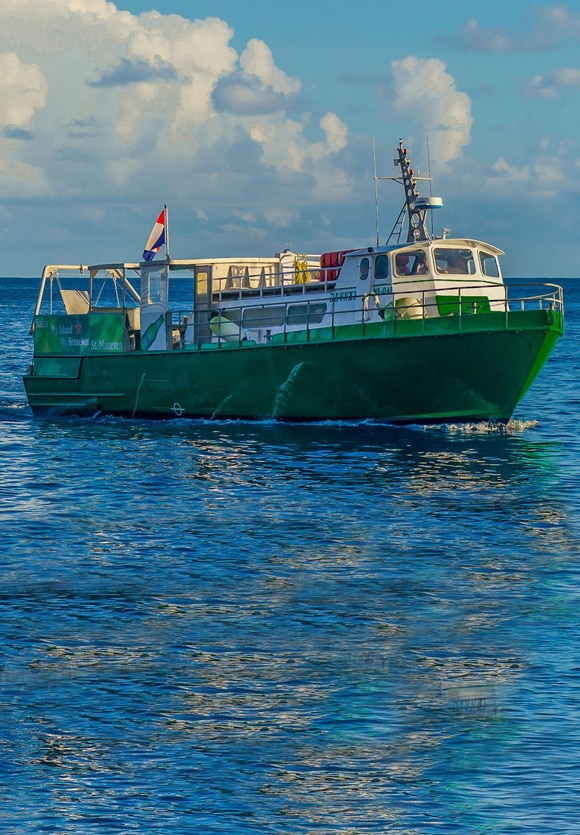 How can you come and spend a day on the island of Saba?

From St. Martin, you can reach Saba by plane or by boat. The airline Winair flies to Saba four times per day from Princess Juliana airport, with a Twin Otter plane. The flight takes about twenty minutes. 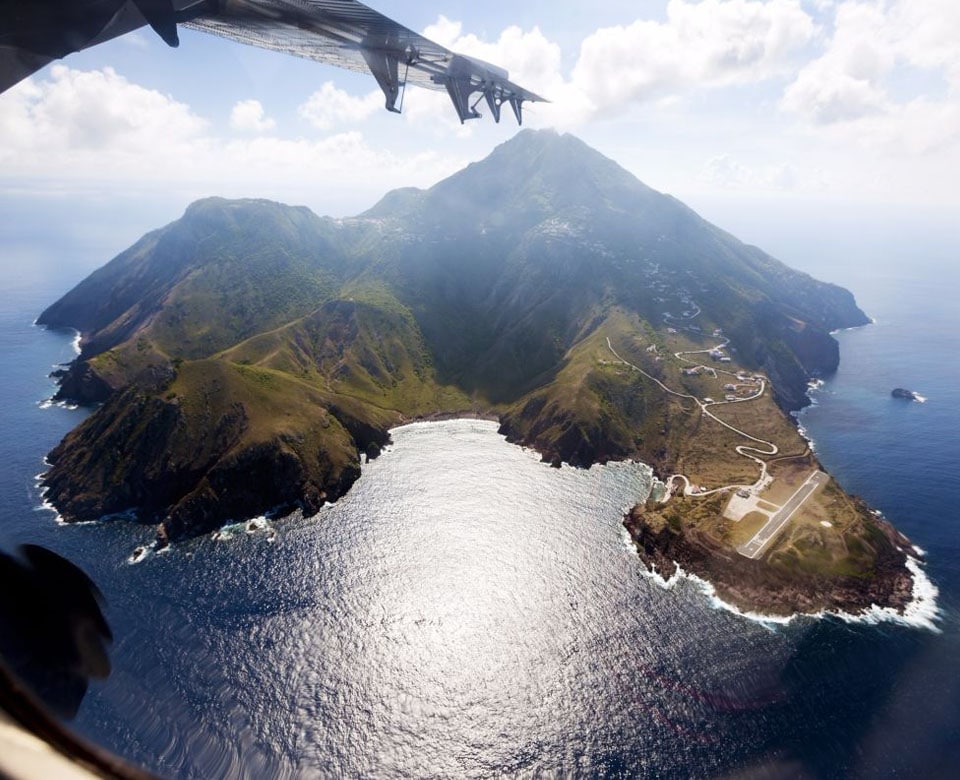 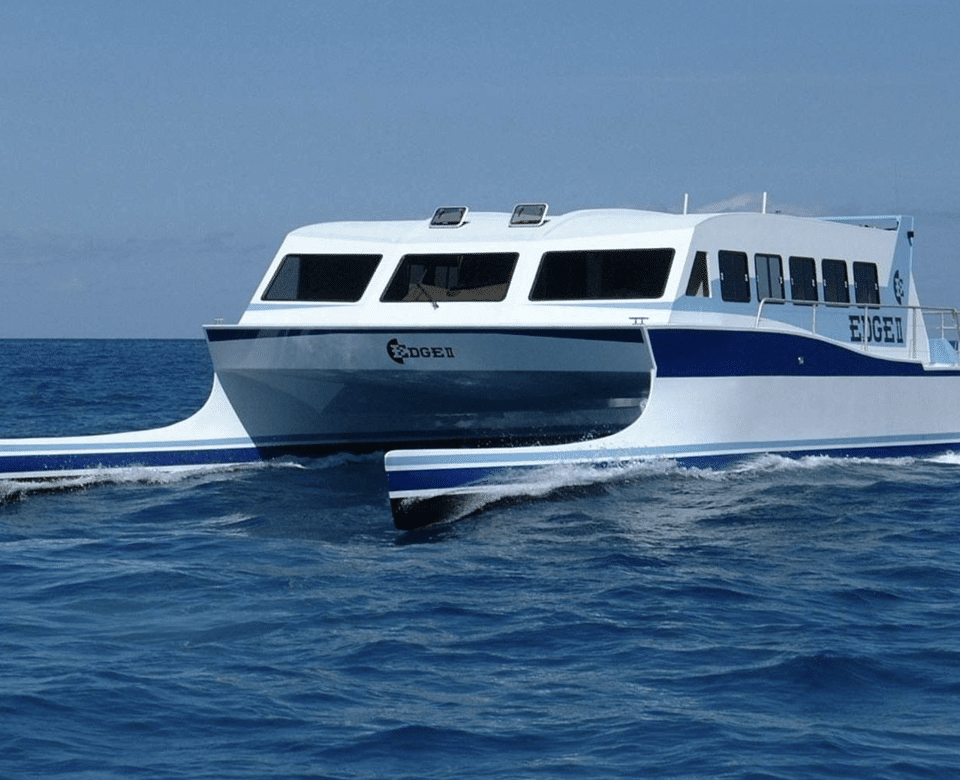 The Makana Ferry sails between Bobby’s Marina in Philipsburg and Saba Port on Mondays, Thursdays, Saturdays and Sundays.  You can also leave from Simpson Bay and take the Edge ferry from Pelican Marina. It leaves at 9am and comes back at 3:30pm, on Wednesdays, Fridays, and Sundays. The ferry crossing takes around 90 minutes. Then, you’ll need to rent a car or take a cab. The island is small, so you can get to most of the remarkable sites on foot. If you’ve come here to walk, you won’t be disappointed.

You can also rent a boat to go from St. Martin to the island of Saba, and head out to sea for a day or longer. Upon arrival, recreational boaters will need to use one of the anchorages at the marine reserve, near Fort Bay or Ladder Bay Port. For entry formalities and to pay an entry fee, you’ll have to stop by the port’s immigration office and the marine reserve office. Remember to bring your passports!

To make the most of the island, you’ll need a swimsuit and some good walking shoes.

There are around twelve well-marked hiking trails. The most well known is the one that leads to the peak of the island, “Mount Scenery Stairway.” It departs from the entrance of Windwardside village. You can find all the information you need about the trails at the “Trail Shop” next to the departure point.

It takes an hour and a half to walk to the peak of the volcano. You’ll be walking along trails that area surrounded by dense vegetation, in the shade of the foliage. “Elfin Trail” is the oldest of the island’s footpaths because it follows in the footsteps of the farmers who worked the land around the volcano. This is an alternative way to the climb to the top of Mount Scenery. You could also opt for “The Ladder” which is 400 steps there and back, following in the footsteps of the men who transported goods that had arrived by boat on the backs of their donkeys.

Finally, near the airport there’s a small footpath that leads to the “Tide Pools,” and you can also visit a former sulfur mine. 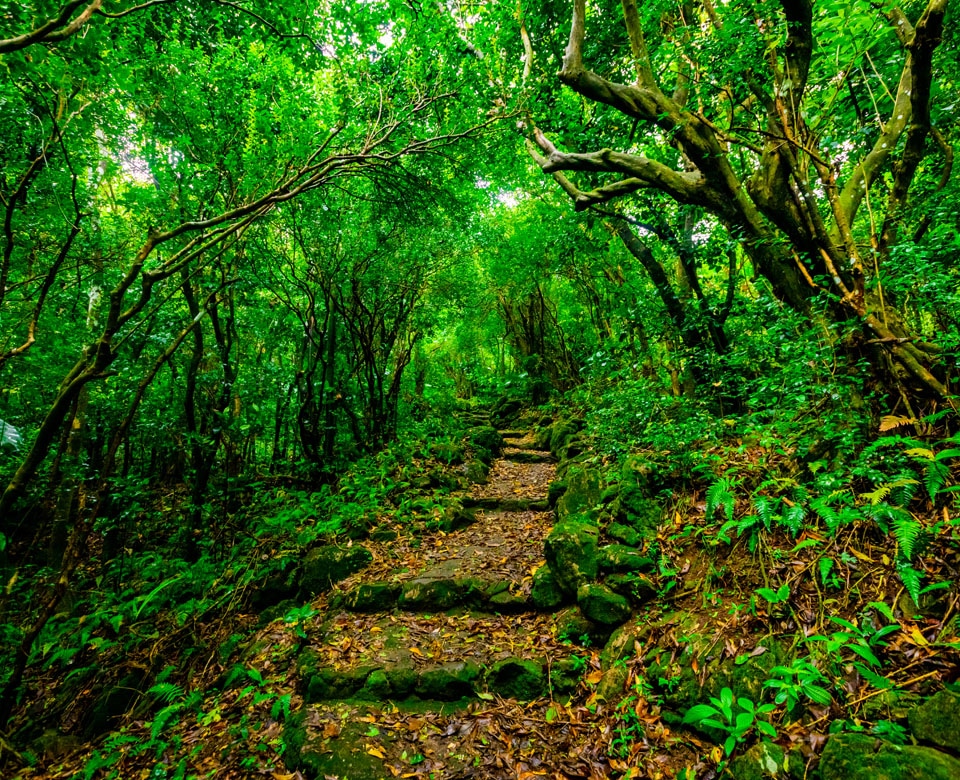 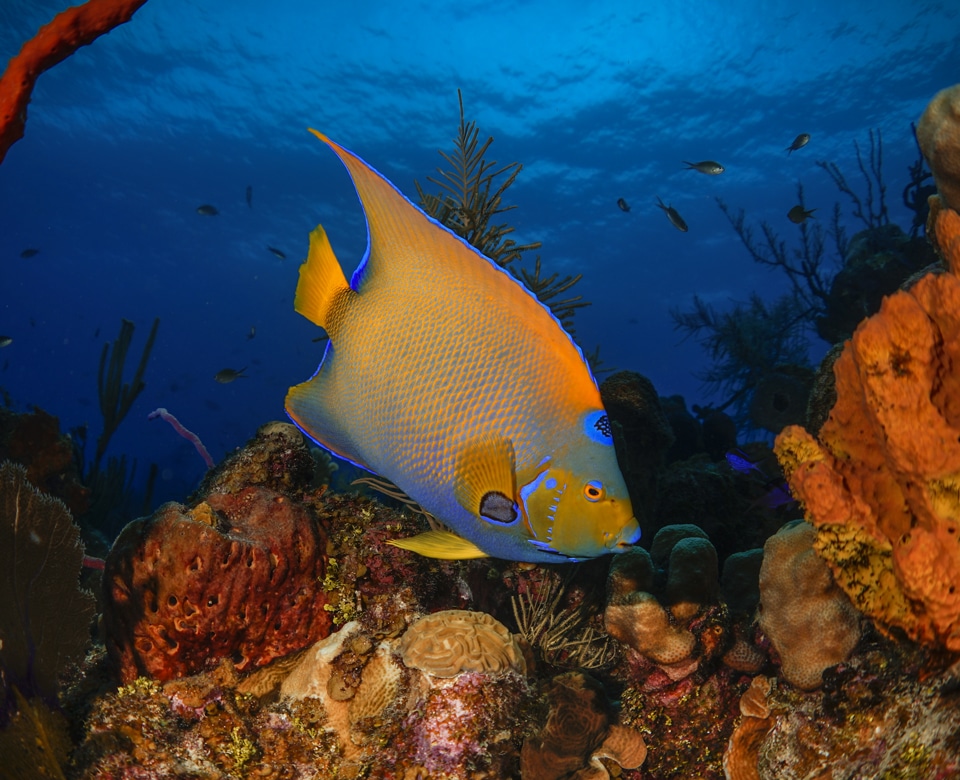 There are around thirty diving spots on the leeward side of the island, less than twenty minutes from the port. The island’s marine reserve features white mooring buoys that can be used as markers. In the midst of the corals and gorgonian corals, you’ll be exploring a rich environment where you can swim with sea turtles. Please note, it is forbidden to go diving alone. There are some shallow areas near the coastline that are suitable for snorkeling.

The Bottom is the capital of Saba. The Queen’s Gardens Resort and Spa can be found here and is a much sought-after luxury hotel for an unforgettable vacation.

There are also several small restaurants, bars, and grocery stores in the village. Angelinas on Matthew Levenstone Street is a Caribbean-style restaurant serving typical local and homemade cuisine, specialized in grilled meats.

If you go as far as Well’s Bay, you’ll come across the former customs buildings, at the top of “The Ladder,” as well as the steep steps that were used as Saba’s pathway to and from the sea before the road was built. 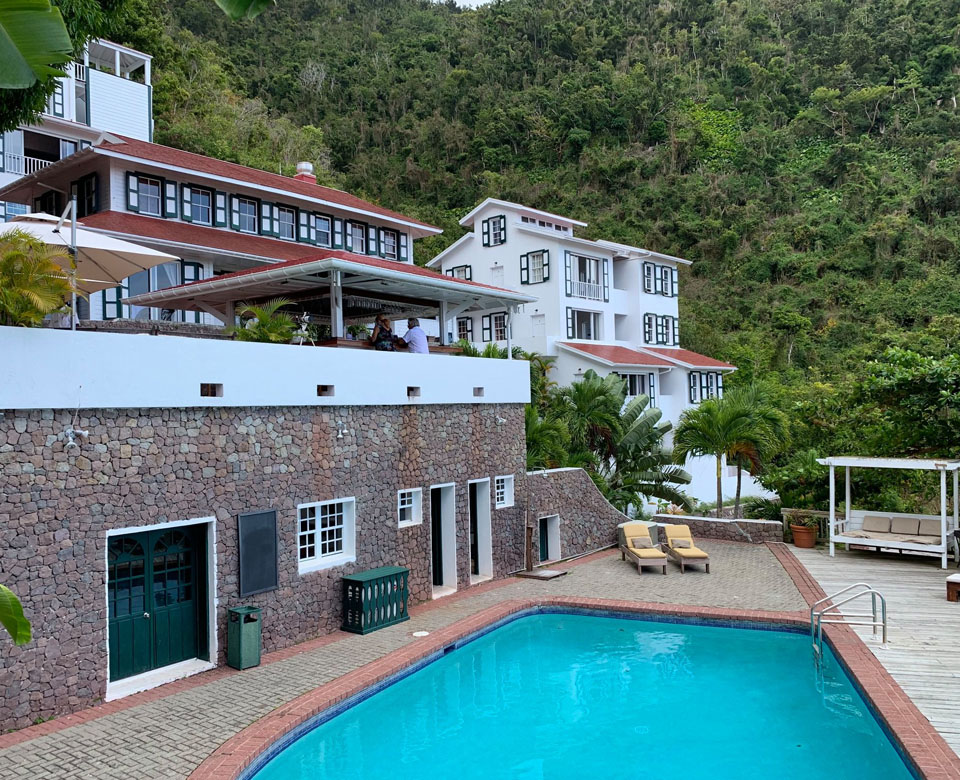 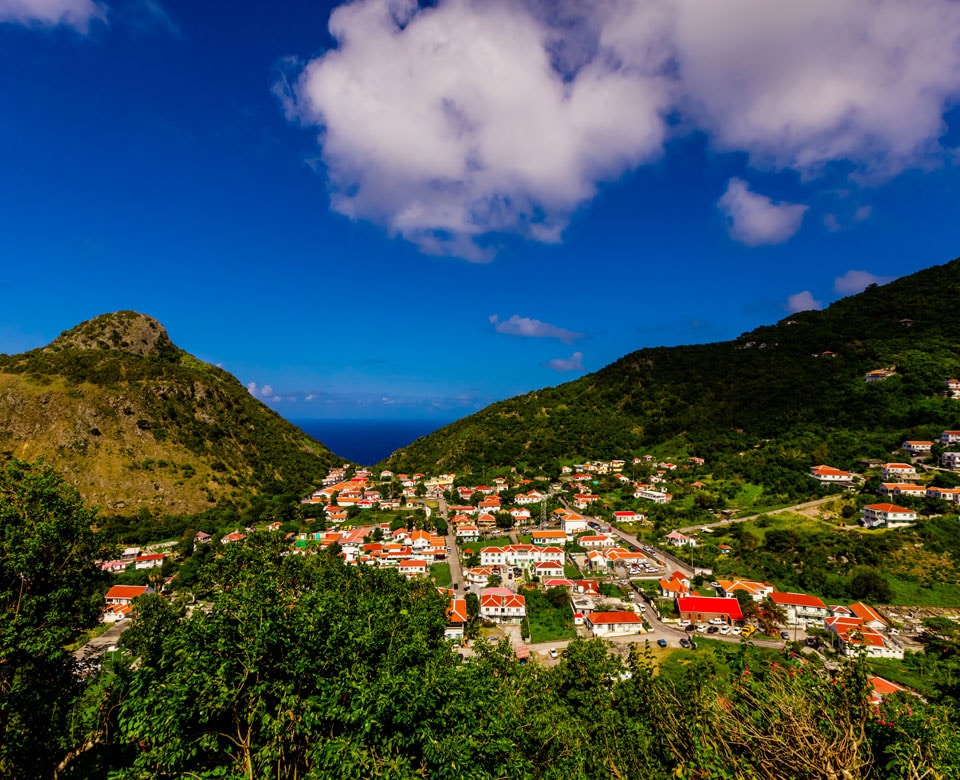 Windwardside is the most popular village with tourists on the island of Saba. Six of the island’s hotels are located here and there is a wide range of vacation rental chalets. You can easily spend a whole day strolling around the narrow streets, exploring the boutiques and restaurants. The Hideaway is a great restaurant with good value for money at Breadline Plaza. They serve a selection of Caribbean and American dishes, as well as homemade ice creams in a range of incredible flavors.

If you’re itching to get some exercise, stop by the “Trail Shop,” get yourself a map and head for Mount Scenery to reach the peak of the Kingdom of the Netherlands! If you’re too tired or would like to stay overnight on the island of Saba, you can stay at The Cottage Club Hôtel. The rooms boast a balcony overlooking the sea and each has a small kitchen and Wi-Fi access. The Selera Dunia is another typical establishment and at this boutique hotel you’re in for a breathtaking view of the Caribbean Sea and Mount Scenery. The rooms are spacious and comfortable and have free Wi-Fi. 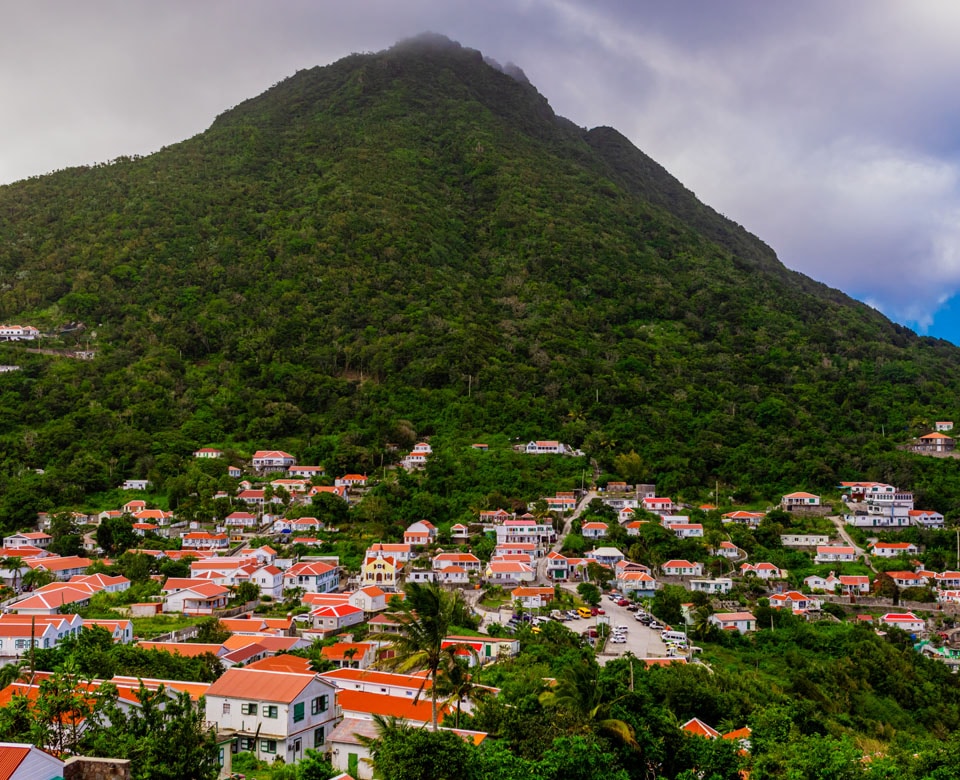 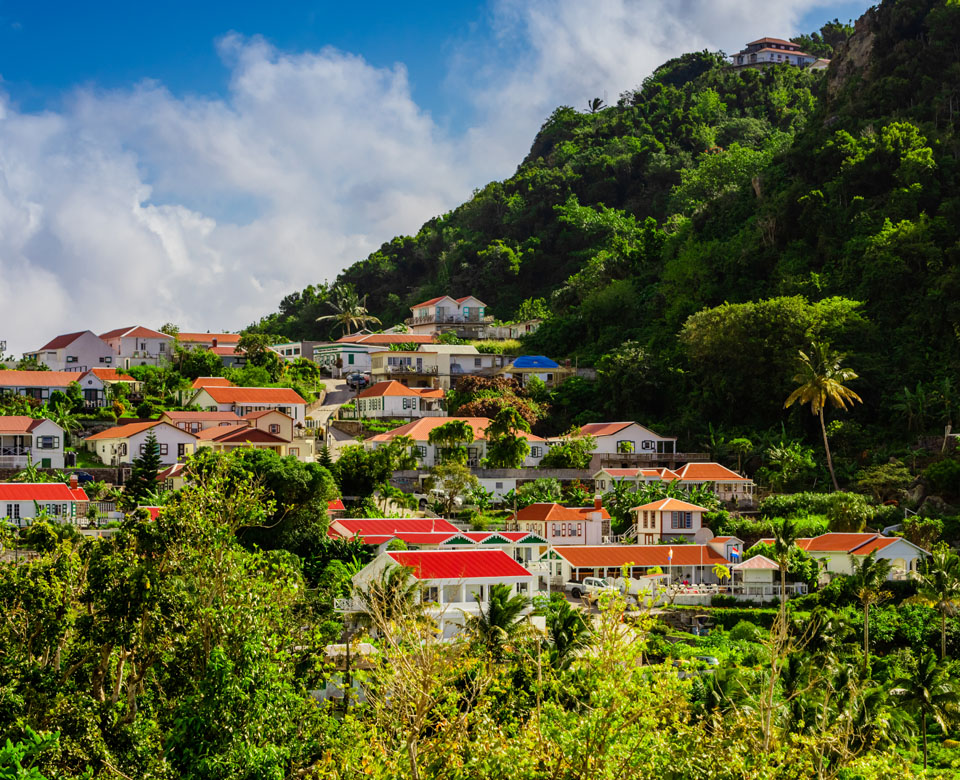