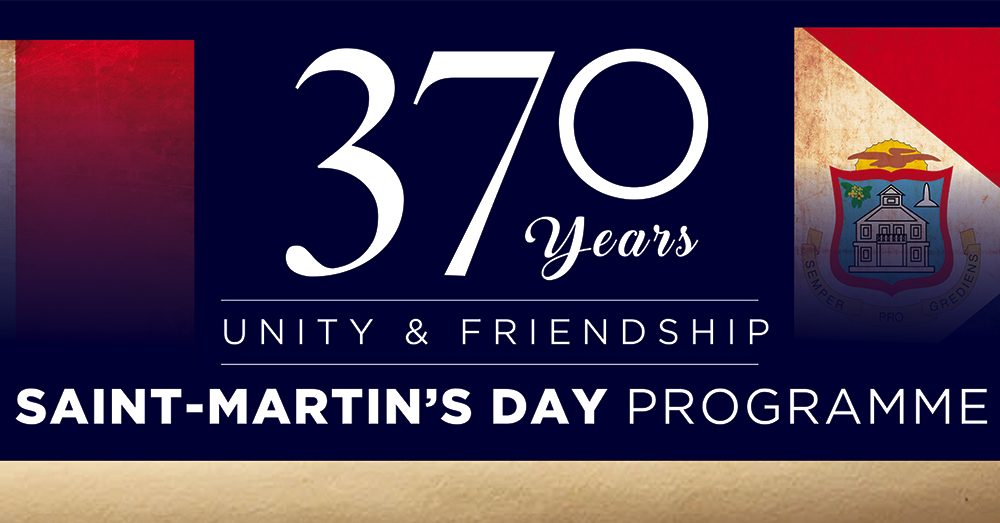 National Event
November 11, the day the island was discovered by Europeans in the 15th century, has become an historical date for St. Martin / Sint Maarten. This day, which is a chance to celebrate the unity and fraternity between the north and south of the island, brings together the two governments and populations for various festivities.

St. Martin’s Day is a very important date in the island’s historical and cultural calendar. Its origins date from the late 15th century, the time of the great maritime discoveries undertaken by Europeans, which marked the beginning of colonization. The Genoese explorer Christopher Columbus discovered the Lesser Antilles during his second expedition, and on November 11, 1493, his route crossed our 34 sq. mile island. According to the Christian calendar this day celebrates a saint known for having cut his coat in two in order to offer half of it to a beggar suffering from the cold, Saint Martin of Tours. The island thus named has henceforth borne his name!

Nowadays, St. Martin’s Day is an opportunity to celebrate this key date in the island’s history. The festivities begin each November 11 with a ceremony on one of the border points and continue in the French or Dutch part of the island, in alternate years. Speeches, parades, meals, entertainment, concerts and fireworks fill the day, celebrating the unity between the north and south of the island.

In France, November 11 is also a holiday commemorating the Armistice of the First World War.

Main facilities at the establishment